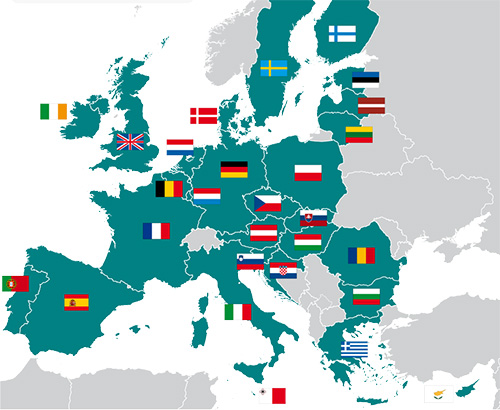 All over the world, nations and cities understood the importance of preserving our environment.

That’s why, all over Europe, a lot of countries are offering financial incentives for those who are buying an electric cargo bike.

If you are willing to buy a frighten bike and you are wondering if there is an incentive in your city… it’s your lucky day. We decided to make a list of the major European cities and countries that offer a financial subvention whenever you buy a box bike for deliveries.

Some of them are at regional level and some at local level… Let’s analyse them:

We start with France, its capital city, Paris offers one of the highest incentives in Europe reaching 1200€ for the purchase of a cargo bike. By the way, if you live in France but not in Paris,  you may be happy as well because we made a list of the subvention for the purchase of a cargo bike in all the main French cities, and you can find it here.

If we move to Austria, we will find a subvention at national level of the amount of 500€.

Then we can find incentives at regional level for the regions of Styria and Tyrol of the amount of respectively of 1000€ (for companies) and 150€. And last but not least the cities of Vienna and Graz, both offer a subvention of the amount of 1000€.

When it comes to Belgium, the Walloon Brabant region, offers a contribution of 200€. The contribution at a local level are a little higher, reaching 400€ for Brussels and Ghent. However if you purchase a cargo bike in Uccle you are entitled to 250€.

When we analyse the Italian situation, we notice that in the past there was a national subvention that have been abolished in 2014. But the Friuli Venezia Giulia region compensate the national lack by setting up an incentive of the amount of 200€. The city of Bologna is more generous and offers up to 600€ for the purchase of a cargo box bike.

Similarly to Italy, Spain abolished its national subvention in 2017, but good news for the people living in Barcelona. The city offers a subvention up to 250€.

Another southern country to offer a subsidy when you purchase a frighten bike is Portugal. The national incentive gives you the right to 250€ of reimbursement.

In the UK, the subsidy comes straight from the capital city London. Which offers to cover up to 20% of the total cost of an e-cargo bike, up to a maximum of £1,000 per delivery bike.

Germany ranks top in the list for the amount of its incentive. In fact if you are German and you buy a cargo bike or box bike for your deliveries, you are entitled to up to 2500€.

But if you live in the city of Munich you are hitting the jackpot. Because on top of the 2500€ of the German government, the city adds 1000€. And it is not all, an additional bonus of 1000 € is there for those who prove that with their E-Cargo bike or frighten bike they replace “a fossil fuel-powered vehicle”. In the maximum case, the purchase of an e-Cargo bike can be rewarded with 2000 Euro

The Scandinavian countries are as always ahead when it comes to innovation and ecology.

Both Oslo and Sweden offer a subsidy of respectively 1125€ and 1000€ for the purchase of an e-cargo bike. This for individuals but as well as all companies who decide to turn green and opt  for an ecological way to replace their delivery vans.

… you’re wondering how to take the most out of this subventions? If you are not sure which cargo bike suits better your profile, check out our articles about weight and sizes.

What are you waiting for?